I've moved several times in my life. Some might even call me a bit of a gypsy, and that's fine by me. I like that one day I'll be able to tell stories of life in Slave Lake, Toronto, Edmonton, Tampa Bay, New York City, Vancouver and soon, Dubai.

If you ask me, it makes me colourful.

I don't know if it's because I'll be leaving behind a man I've been waiting a very long time for, or if it's the considerable distance and cultural differences that await me on January 14th.

Regardless, this move feels bigger.

As excited as I am, I get a pit in my stomach when I think about not seeing my friends, family and the boy I love for many months. I can't say two words about how much I'm going to miss everyone and everything without breaking into tears.

Now, this doesn't mean I'm questioning my decision - you don't say no to your dream - but it does mean that this move comes with more sadness than I originally expected. And I think we're all aware of how bad I am at emotions.

I'm becoming a bit of a mess.

It's about two weeks to go before I leave Vancouver, and already the emotions have begun to take over.

Everything feels like a 'last'. Yesterday I landed at YVR and noted that this would be the last time I say, 'I'm home' when touching down. I went to my favourite sushi place today and wondered if this would be my last visit.

I feel like crying at almost every turn, and have been.

I was offered the job in September, and it's been many months of me wondering when my 'lasts' would be, but now it seems they have begun, and that really sucks.

Should you see a tall brown girl wandering the West End of Vancouver intermittently crying, avert your eyes - it's just me facing reality.

For the past five years, I have had a tumultuous relationship with Vancouver. Despite its intrinsic beauty, I haven't always been happy here. Then the past year happened and, well, happiness was all this city gave me.

I have fallen in love with a boy and the city and it is with so many emotions that I announce my departure from Vancouver.

Come the new year I will be leaving Vancouver, British Columbia, Canada AND North America.

In January I become a resident of Dubai, United Arab Emirates.

My new role is an exciting one: working for Emirates Airlines in the company's public relations department.

I'm actually moving to a city and country I've never been to before. I'm still in disbelief.

If you've been reading this blog for a while, you may remember a post from almost five years ago outlining my bucket list. Living in Dubai has been on my bucket list for long before that post was written. Last year, while floundering about, I was on the verge of giving up public relations and applying to be a flight attendant with Emirates, so it blows my mind that my dream of working in Dubai and my longtime goal of cheap flights might come hand-in-hand with some great resume-building opportunities.

As excited as I am, it breaks my heart to leave the person who has made me feel more love than I knew was possible.

The timing couldn't have been more unexpected. I've applied for this job several times before and the night I got the email for the first interview, I told Sarin: "For the first time since moving here, I'd be  sad if something made me leave Vancouver."

But when presented with something like this, you say yes. You just say yes.

There will be many more posts between now and the day I leave outlining every emotion I am going through. I honestly had no idea I could feel this many emotions at one time.

I have been blessed many times, but one of the greatest gifts the universe has given me is the gift of amazing friends. And not only that, I've had friends who have been in my life since I was in kindergarten! Believe me, I appreciate how special that is, and how lucky I am.

Recently, one of my oldest friends Skyped to tell me some really shitty news - at age 31, she was diagnosed with breast cancer.

I was, and still am, total shock. My mind cannot comprehend how this can happen. She's eight months older than I am, has two beautiful boys and lives a really clean life. How is this all possible?

While this sucks balls, it couldn't have happened to a stronger person - both physically and mentally. Her spirits have been good, so far as I can tell, though I cannot imagine what is going on in her head.

To help update her friends and family, and provide a little insight into what it's like to deal with cancer, she's started a blog. Check it out: http://camillekickscancer.blogspot.ca/

And ladies, get to know your boobs! Don't trust that you're too young, or it won't happen to you, because as this has shown me, it can happen to anyone, at any time, regardless of life choices.

March - Portland with the boy. I LOVE LOVE LOVE Portland! The drunken train ride down was awesome, the city was lovely, the people friendly, and the beer was flowing! Eric and I hit six different breweries while we were there, and we were only there for two days. Seriously, Portland rocks! We also ate under a bridge, like homeless people. It was uber romantic.


April - Hawaii with the family. Holy hell are my nieces and nephews cute! We frolicked in the sun, a lot. I love hanging out with kids, but good lord are they tiring. I don't know how parents do it, I was exhausted after my week in the sun.

July - Valemount to visit my boyfriends with my boyfriend. The village is beautiful, we dipped our toes in a glacier-fed lake and strolled alongside waterfalls. No big deal.

August - My view came in handy. Both the Celebration of Light fireworks and Pride Parade were visible from my balcony, so parties were had. Yes, apparently I have parties now. Weird.

The past five months have been pretty great. My life in Vancouver seems to have finally settled into something awesome. I credit that, in equal parts, to the boy who changed my outlook on boys and the apartment that (literally) changed by outlook on Vancouver. It's hard to hate on a city when it has produced two of the best things in your life.

So thanks Vancouver, I'm finally starting to get you.
Posted by iris at 10:00 AM No comments:

One of my favorite things about my podcast co-host (there are only a few) is his ability to capture our little conversations and turn them into toons.

This week he released another toon. I think they're freaking brilliant, and I'm sure you will too. For the rest of his toons, check out and explore. Enjoy the laughter, I know I do.
Posted by iris at 9:34 AM No comments:

The Year That Was 30 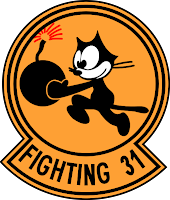 So 30 was kind of awesome and I feel totally unphased by 31.

Thirty brought me travels to Europe - Rome, Florence, Venice, Milan, Berlin & Amsterdam. Of them, Amsterdam was my favorite, Rome had the best food, and Berlin the best beer, but the Venetian men were the hottest. Hands down.


Thirty brought me closer to my parents - our trip to Italy made us appreciate how special this family of three is and how important it is for us to fight for each other, rather than with each other. While it didn't help my co-dependence, it did make me a better daughter.


Thirty brought me the biggest test of my professional life. From leaving the job I loved so much, to hastily taking a job I knew wasn't right, and finally finding my way back to where I want to be. Thank goodness Reputations wanted me back as much as I wanted to go back. I am so happy to work in an environment that encourages my wackiness and believes in my talent.

Thirty brought many men into my life, but only one stuck, and well, he's pretty fucking awesome. We'll see how long it lasts, but I really hope it lasts a while -- he's got some serious potential. I was starting to believe that smart, funny, kind, normal, straight men were a pipe dream; ladies, I'm here to tell you, they're not. And some even live in Vancouver! For the first time in my life, I'm starting a new year with a boy by my side. It's kind of awesome.

Thirty brought me talkfoolery. I love that I have a weekly outlet for my thoughts, ones that are sometimes too questionable to share elsewhere (Have you checked us out yet? No! Well you should, we're all kinds of awesome)

So yeah, 30 was definitely a good year.

For the past four years I have lived in a huge garden suite in Kitsilano. I love the size of my apartment, but hate how little sun it gets. Also, I actually dislike Kits as a neighborhood, though I really enjoy how quiet it is. I have never really spent much time in my neighborhood, often living my life in downtown.

While I was being all flakey over the summer, I decided that come what may, the new year would mean a move--either to another city or a different apartment. I knew I wanted out. 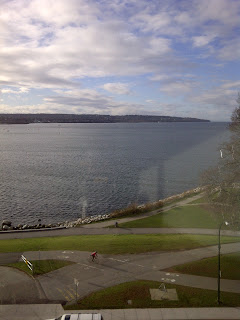 So come January 1 I began looking. A couple of days into the apartment search process, I stumbled upon the unimaginable: an unobstructed view of the ocean!

You read that right.

It's the size of a shoebox, but within my budget, and it gets a ridiculous amount of sun. I sign my lease papers later this month and then start the moving process. I'm sofa king excited it's silly.

How excited am I? I voluntarily sacrificed (a lot of) closet space. That means there is going to be some serious consigning going on.

No seriously, anyone looking for a dining table? It's really nice.

go ahead, look around

get it in your inbox