I had an interesting life once. It was full of fun activities, boys and random stories. It was lovely, and it gave me something to blog about.

That life is no more. At least right now. I am hopeful my life will become interesting again soon enough.

Where did that life go? I wonder that all the time.

Well, I think I have an answer - it went to work.

And I am not naturally disposed to being a hardworker. In fact, I am unabashedly lazy. It takes a lot of energy for me to work this hard.

I see the light at the end of the tunnel though, and that light looks like Las Vegas. Lis, Chunk, Autumn and I are hitting up Vegas this weekend for someone's 30th - I won't name names.

And maybe then, there will be something blog-worthy to talk about. Or maybe, they will be too scandalous to share.

So, let's go from serious stuff to the shallowest of the shallow - my top five list.

Top five what you may ask. Well, this list is my of top five men. You know, the ones that make you swoon, all teenager-like. The ones that would get you to ditch your girlfriends for an evening. You know.

These are in no particular order, and only one is a recent addition. The other four have been consistently listed for years.

I'm a loyal chick, what can I say?

George Clooney
He is old school Hollywood - without the sleazy Holllywood thing. He has only gotten better over the years. That smile?! OMFG. I am not sure when he was at his hottest. I noticed him on ER, but I think I fell for him in Out of Sight.

Also, he seems like a pretty cool dude - he seems to stay out of the whole crazy life and just keeps his shit on the down-low. He is hella smart, and personally, I believe him to be an all around great guy.

We would have great conversations and laugh and play jokes and ... ah. Life would be so lovely, with George and I. 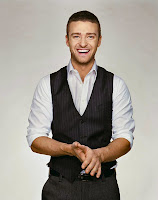 Justin Timberlake
I am not afraid to admit this, I liked N'Sync. Whatever! I am a girl, it was a group of boys singing danceable music and one of them was the cutest dude alive.

That dude was Justin.

And he has since grown into one of the most swoonable dudes alive. He is fucking funny, just Google his SNL stuff. He is uber-stylish, has a smokin' bod. He can dance in high-heels!

I once had a dream that Justin and I were dating. It was great. He is great. A beautiful man with a beautiful soul. swoon. 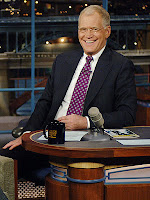 David Letterman
I admit, this one is a little unconventional. He isn't exactly leading-man good looking or young or anything like that.

But fuck is he funny. He is sharp and witty and self-depricating and everything I appreciate in a sense of humour. And all of this, I believe makes him smart as hell, and what is hotter than a smart, funny dude?

Nothing. That is why, even married and well into his sixites, David Letterman is still on my top five. And why I will never be able to be a Leno fan. 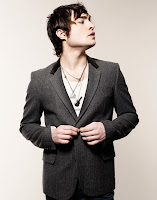 Chuck Bass
OMFGG. I love love love Chuck Bass. I am in my late-twenties now and this may be super lame, but Chuck Bass gives me butterflies.

This is definitely about Chuck Bass. 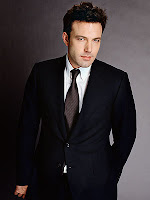 Ben Affleck
I love Ben. I have since Good Will Hunting. I loved him during the Bennifer years and I just can't take him off this list.

He is way better looking than Matt Damon, he seems funnier and more socially aware. He is politically active, but not a leotard about it.

Since the media blitz of Bennifer, he has become much more low-key. And he just seems like a pretty down-to-earth dude.

Although I have a hunch that he is a Patriots fan, so that might cause an issue or two million.
Posted by iris at 11:52 AM 4 comments:

go ahead, look around

get it in your inbox